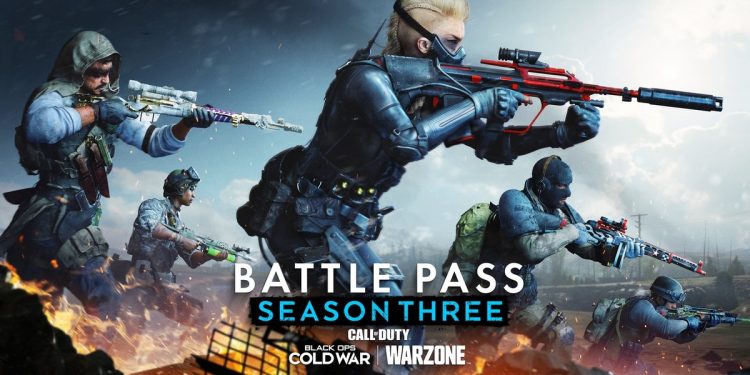 Black Ops Cold War and Warzone are two of the popular FPS games in Activision’s Call of Duty series. Their first two seasons were a big success, and knowing the narrative have been building up to something more prominent, fans were eager for Season three – which was released last Friday on April 22.

The last Battle Pass ended on Thursday; hence, the arrival of the new season is timely. If you have been playing, you can recognize things are about to change in Verdansk. If not, there’s plenty for you to get your head around.

This new chapter of the Black Ops Cold War narrative expands in various ways, with new modes, weapons, and zombie content. The USP, however, is a limited-time event called “Hunt for Adler”, which tasks Operators with in-game challenges to discover Adler’s whereabouts, collectively in Cold War and Warzone. As you complete the challenges, you will be unlocking gear (Calling Cards, Weapon Charms, a new Operator Skin) along with the way.

The new Battle Pass, akin to previous seasons, brings a bevvy of new items. However, the most notable inclusion is the return of Captain John Price, the primary protagonist of Modern Warfare. He joins the fray in both Black Ops Cold War and Warzone, along with three new Operators.

Wraith (ex-Norwegian Warfare Specialist), Knight (former MI6 Operative), and Antonov (ex-hitman) debut this season. Wraith is already available at Tier 0 of the Battle Pass. Knight and Antonov are premium DLC and will be available in-season.

You will need to purchase Black Ops Cold War to get Captain Price. However, if you already own the game, you will get him automatically at the beginning of this season. To play with him in Warzone, you will need to go online first in the Cold War.

The other three weapons will come out mid-season. These include the AMP63 Pistol, a hybrid of self-loading Pistol and a fully automatic SMG, the CARV.2 Tactical Rifle, identical to the M16, albeit with a greater damage capacity and bullet-velocity output; and the Baseball Bat, a brand new melee, for old-school skull-crushing.

You can get four of these weapons (the Ballistic Knife, AMP63 Pistol, CARV.2 Rifle, and the Baseball Bat) by either completing an in-game challenge that helps you acquire the free base weapon or by picking up a bundle with a blueprint version from the store, whenever it shows up.

Black Ops Cold War Season Three further comes with four brand-new multiplayer maps. First of these is Yamantou, a six-versus-six map located on a snowy hilltop that is already launched, along with Diesel, an identically large map situated on an American Gas Station.

The third map, Standoff, is returning from Call of Duty: Black Ops II. It is one of the fan-favourite maps, along with Sticks and Stones, which has also reproduced for this season. While the former will be available mid-season, the latter is already open since launch.

The fourth map, Duga, appeals to those who enjoy Zombie onslaught. Located in the Ural Mountains, this broad, multi-team map accommodates versatile gameplay and will be introduced later in the Outbreak mode.

Toxic Growth is a brand-new, activatable field upgrade, which ensures slowing down the living dead. It will be available in the new Outbreak map “Duga” at its launch. The afresh region also makes up for new Outbreak vehicles: Cargo Truck and Fast-Attack Vehicle (FAV).

You can also achieve four new Prestige Levels this season. You can continue from where you left off previously to Level 200 (Prestige Master) and beyond, unlocking a new Prestige Key every 50 levels.

Check the update sizes for both Black Ops Cold War and Warzone.