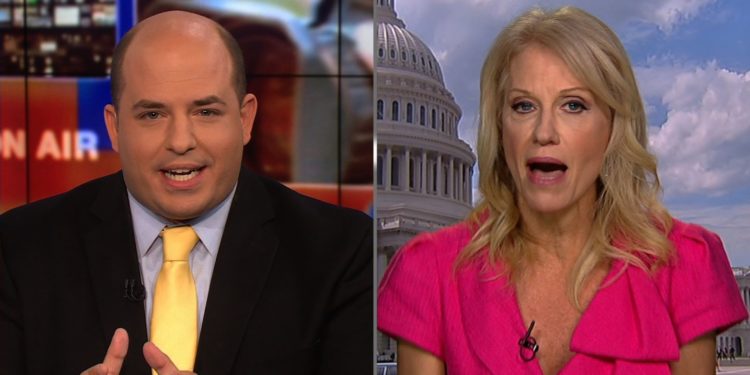 Kellyanne Conway was on fire last night on CNN as she took aim at news anchor Brian Stelter, pushing him to admit which way he voted in the election. Now if we are being fair here, it was really for Conway to push and push the CNN anchor, after all our vote is our own personal thing, but we aren’t discussing things in fairness because CNN sure as hell don’t. 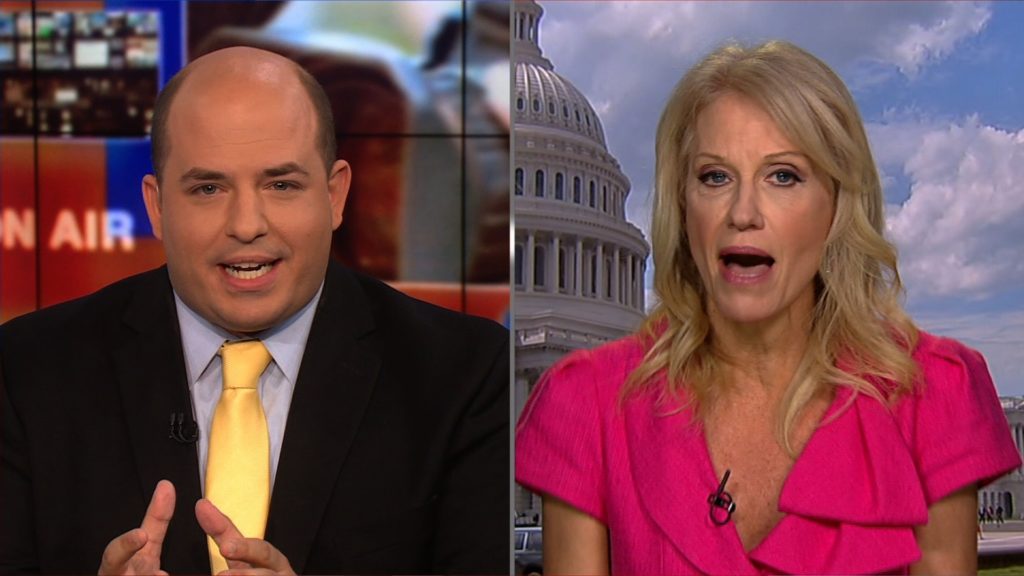 Speaking on the show, Stelter was trying to push the narrative that the Russian’s interfered in the election to help President Trump get into power, when Conway flipped the script.

“If you want to talk about the 2016 election, let’s talk about it,” she said. “I think everything should come out.”

Conway then rightfully said that nobody and certainly nobody at CNN had any evidence whatsoever of Russian interference:

“You’re trying to conflate it to make America think that somehow Donald Trump didn’t win this election fairly and squarely and you know he did,”

When Stelter pointed continued the conversation and began pointing at the leaking of the DNC files and the involvement of Wikileaks, Conway retorted

“Did you just say something that a lot of people are your side of the aisle are not willing to admit?”

This the lead to Stelter saying that he wasn’t on any side of the aisle, which whilst true, isn’t something that he remembers very often when he is attacking others. He even added that Conway had made an offensive remark, which is when she went in on his voting history.

“Tell America, did you vote for Hillary Clinton or Donald Trump? How did your wife vote?” Conway asked.

“I did not vote for president,” Stelter replied. “I left that spot blank on the ballot that day. But it’s not appropriate for you to go around asking people who they voted for.”

Conway got the last word in and stuck the knife in further by adding:

“You probably didn’t think she needed your help,”

The fiery conversation was , in my humble opinion brought on by Stelter who must ahem thought that he could bring Conway on, throw accusations at her and that she somehow wouldn’t retort. I am not a fan of Conway by any stretch of the imagination but when I saw this go down I really was in her corner and I just couldn’t understand for the life of me what Stelter was trying to get from this interview. Did he really think shed come on and give chapter and verse of how Putin and his boys helped Trump to win the election? Is that how low CNN have sunk?

I am worried about the quality of the media in this country and this is yet another example of it, we have politicians who need to be held to account and any wrongdoing needs to be called out for what it is, no matter what side of the aisle they are on. Having this kind of shambolic journalism does no good for the country.

Trump Orders Justice Department to Get To ...