Pandemic Gives Way to Pandemonium on These US Streets 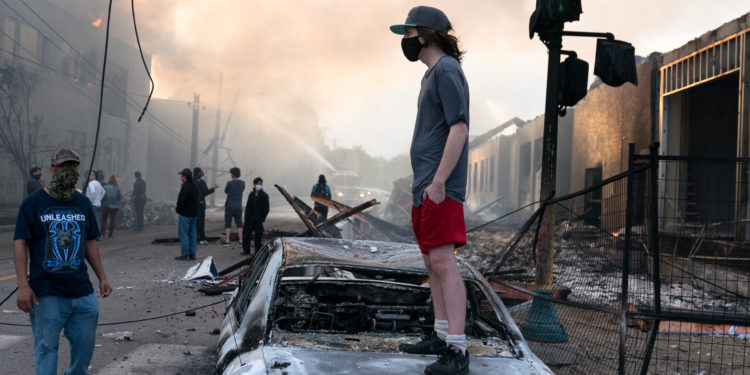 The world watched in horror last week as a Minneapolis police officer was recorded on a cellphone driving his knee into the neck of a black man for 9 minutes until he died. George Floyd, the victim, had committed the crime of selling forged $20 bills, which carries with it a maximum penalty of 5 years in prison. Floyd however, was sentenced to death and the watching public swiftly realized that his crime was not selling forged bills at all, but rather the fact that he was black. 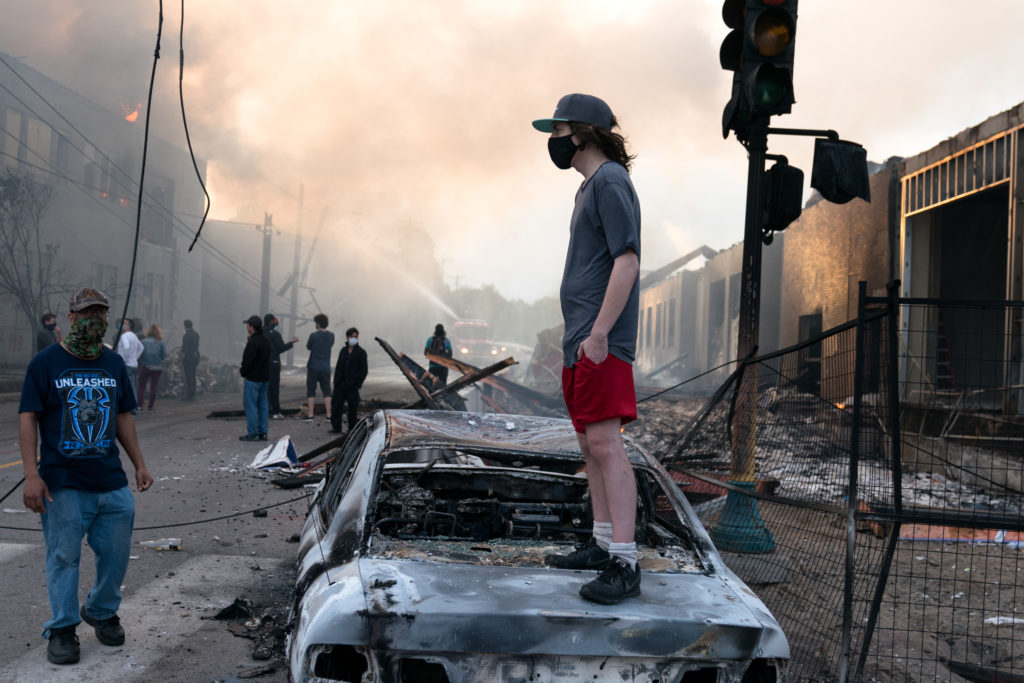 The 7 days which have passed has seen an outpouring of emotion, beginning with anger and heartbreak which drove well meaning protesters to the streets, filled with men and women who’d had enough. Things changed swiftly however, those protests have been hijacked by criminals and the extreme right and left, who have seen this chaos as the perfect opportunity to raise hell.

Police brutality is nothing new, we have seen it against blacks, whites, asians and latinos and whilst every video which we see disgusts us, there is always more context around the reactions that follow. In the case of George Floyd, this happened at a time when Americans were already tired, sick of quarantine, sick of Trump or his critics, sick of the media or the hatred towards them , it only needed a spark and this situation was going to blow, and this murder was exactly that.

To say this is Trump’s fault would actually be doing him an injustice, even under a black president we saw situations like the murders by police of Trayvon Martin and Eric Garner. Both of these cases became the center of a lot of focus and had celebrities around the world and those in the media once again condemning the acts of those police officers, but we didn’t see the same reaction to what we are seeing now. Where Trump can be blamed however, is the division of the nation which he has overseen, the apparent support for extreme right wing groups and his uncanny ability to rabble rouse, leaning heavily on the 2nd amendment to keep them on side. The escalation which we have seen is the fault of Democrat-controlled mayors and governors being slow and impotent to act, a divided and hate-fueled GOP, plus delinquents, criminals and domestic terrorists who have sought to use this to their advantage.

As much as President Trump declares to ‘end it all now’ his timeline is far from accurate. The threat to bring in the military will most certainly happen, and it would appear that even the Posse Comitatus Act of 1878 won’t be enough to prevent that. The end to all of this will take some time and it looks right now that there will sadly be more blood shed before that takes place. In terms of President Trump, he is still dividing people of course, and his display tonight, walking out of the Whitehouse to view St John’s church which was burned down, appeared to be an act of strength and defiance after a day where he was mocked for supposedly hiding. Unfortunately for Donald, he had to send the goons in on the priests and church goers to get his photo op, and pissing off the church could very well be the worst mistake he has made.

More to come on this tough situation for all, stay safe out there.

Working from Home: Tips to Help Your ...

Get Better Connected with the Internet