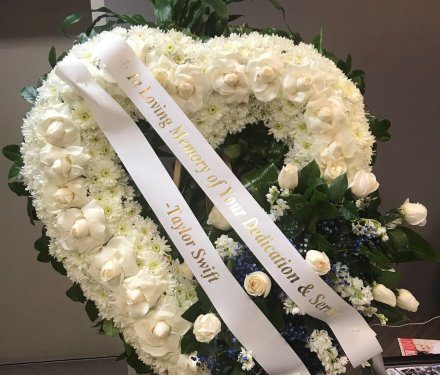 For some reason Taylor Swift is a very divisive character and for as many passionate and avid fans she has, there are equal numbers who somehow think that this kind and fun-loving pop-princess is the devil reincarnated. 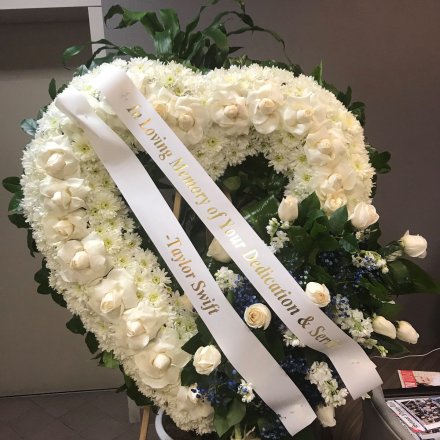 Well the 1989 Grammy Winner has really showed her true colors recently after sending a gorgeous bouquet of flowers with a condolence message to a California police man who lost his life last week.

Sgt. Delbert “Del” Pickney lost his life last month after suffering a heart attack during a hike on the Claremont Hills Wilderness Trail, he was just 52 years old. Throughout his 29 year career the police officer did some incredible in his community and started 2 programs which became roaring successes, one a softball tournament which ended up going national and another ‘Adopt-a-Complex’ program which created relationships between officers and residents of apartments in the community. He is survived by his wife and two daughters.

Taylor Swift has a reputation of sending flowers to police officers and forces and this is yet another in a long line of well thought gestures. In October the songstress sent floral arrangements to the LAPD after an off duty female officer was injured during the Las Vegas mass shooting.

Keeping it simple Taylor added the message: ‘In loving memory of your dedication and service – Taylor Swift.’

The Tustin police department, where Sgt. Pickney was based, added the following to their Twitter account last night.

“We received this beautiful wreath today to honor Master Sergeant Pickney’s life of service. Thank you @taylorswift13 for this gesture. It means a great deal to all of us. And thank you for your continued support of our brave men and women in law enforcement.”

There are some things which celebrities do which can appear to be vacuous or self-serving but this is certainly not one of them. In fact had it not been for the police force publishing the image and the story then it is likely that we would never have known abut this gesture, as Taylor has not spoken about it.

This does beg the question how many more wonderful acts of kindness Swift may be responsible for, which we all know nothing about. There is very little reason to dislike this strong woman, unless you just aren’t a fan of her music of course. As a person however she seems to be proving time and time again that she is thoughtful and in touch with reality, which is a comment that you most certainly wouldn’t be able to say about most of the artists who are making up the Billboard top 100.

For The Many People That Missed It ...