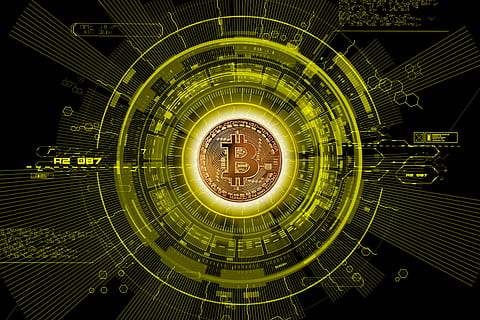 Cryptocurrency is big business these days and over the last couple of years we have seen some staggering results with the likes of Bitcoin and Ephereum.

For many years the notion of digital currency was one which very few people believed in, and investors and financial institutions alike were far from excited or complimentary about the process of mining and having a decentralized currency.

Bitcoin changed all of this when the price rocketed just before Christmas in 2017, reaching a staggering $22,000 and making many people very wealthy. The blockchain technology which has been used for cryptocurrency management and purchasing has been pushed hard by Blockchain Capital (BCAP) and they have capitalized on this success by introducing their very own digital token. They have raised $10 million already with the ICO, but do investors really know the truth behind this technology?

There is some light regulation when it comes to blockchain and digital tokens but nowhere near enough and that is a worry, especially given the high figures which are being sold. This is what makes so many investors nervous when it comes to cryptocurrency and why they will hold off until things are more regulated.

The key issue for most venture capital funds is the security regarding a digital token. Most investment groups have little knowledge of the inner workings of cryptocurrency, blockchain technology and mining, which is why so many are apprehensive to go big. There has been a great many examples of digital currency and digital token being stolen or simply disappearing and this of course will strike fear into just about any investor.

What many didn’t realize about the BCAP coin is that when they get the token they are then locked in for a decade, and the only way to get out of it would be to sell the BCAP token to a secondary investor. This is a negative for some however Harbor CEO Josh Stein noted that it would give VCs the chance to lock up capital without necessarily locking up investors.

Brad Stephens, Co-Founder and Managing Partner of Blockchain Capital had this to say on the announcement of the BCAP coin working with OPN in order to try and boost security, and this may give investors a little more inspiration to buy.

“As creators of the world’s first security token, the BCAP, we are encouraged by the growth of the security token market and related infrastructure. We are excited to be partnering with OpenFinance Network that is enabling liquidity of security tokens in a regulatorily compliant way.”